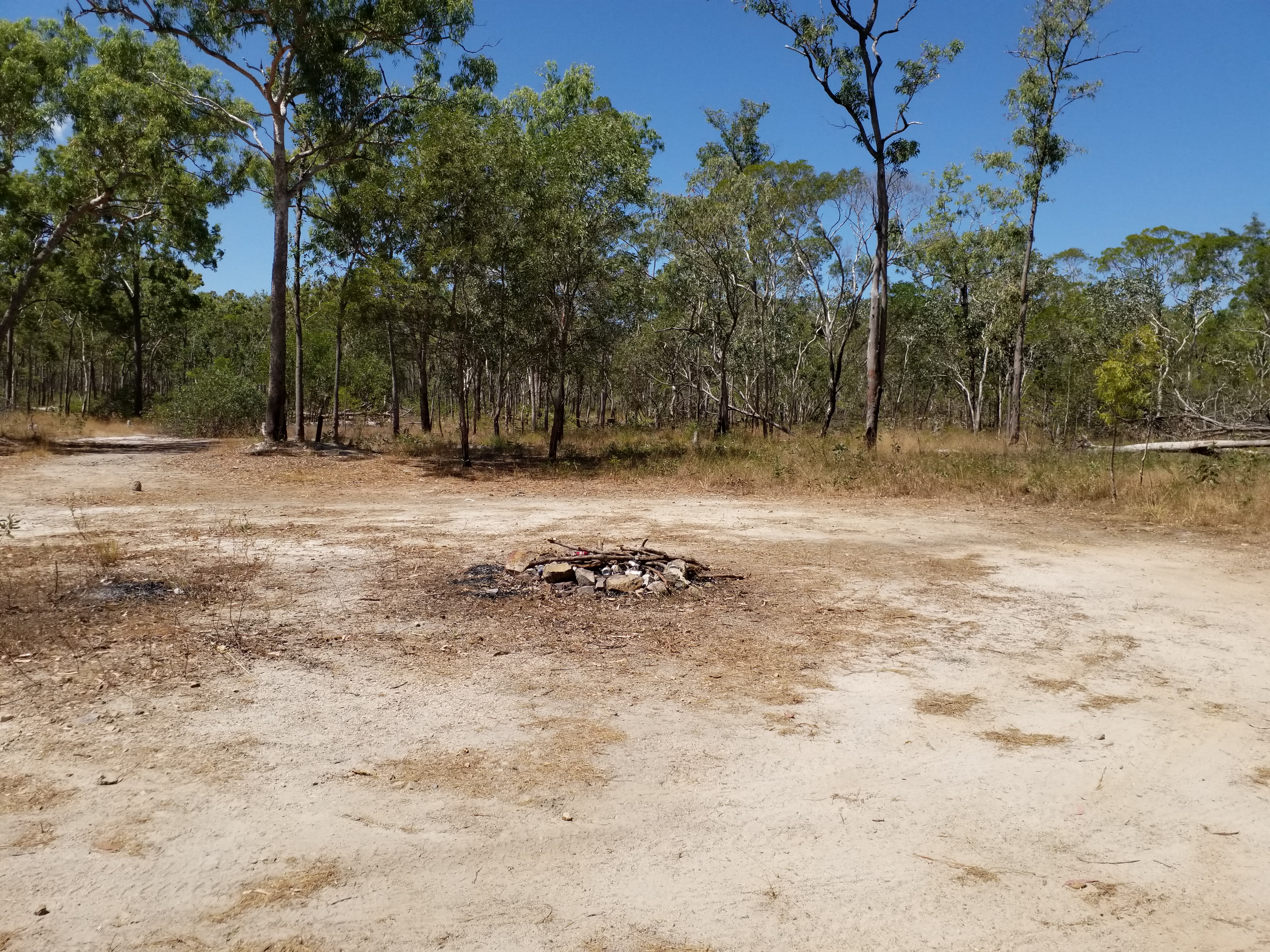 Batavia Goldfield Ruins Camping Area is on the road out to Portland Roads, Chilli Beach and Lockhart River.

The area is Queensland State Heritage Listed so it is essential that the area is treated with respect and looked after as it played a significant role in the development of the area.

The drive in is relatively easy with no serious obstacles, there are however a number of washouts and fallen trees to navigate through the by passes that have been made by other visitors. Some of the bypasses can be a tight squeeze. Whilst the track is wide enough for a camper trailer I would only suggest it if you are super keen on seeing the actual ruins. Caravans would be out due to the tight turns. This is 4wd only primarily due to clearance.

There are no designated spots for camping so you will see a number of little ‘driveways’ off the track to little sites, suitable for a maximum of 2 cars with rooftops, swags or small tents. Most of these have partial shade and existing fire pits.

If you head past these and toward the ruins (about 1 km) you will come to the first lot of old machinery and ruins. This has a large open area with a firepit in the middle and would be suitable for a group. Whilst this area has heaps of cool stuff to go look at there is no shade available.

The area ranges from sand to hard fine dirt which would require alot of work to get pegs into.

This is a free camp so there are no amenities, water or rubbish disposal facilities. So please ensure that you camp responsibly.

The significance of the area to Queensland history and heritage has seen it become heritage listed. This is some interesting information on the area:
- Historically the most productive area in Cape York in the Depression years of the early 1930's.
- Aborigines (Pluto, Kitty Pluto, Friday Wilson) played significant roles in discovering and working the mining claims.
- Kitty Pluto is the only woman recorded as discovering a goldfield in Queensland.
- The remains of the Huntington mill is rare and the most intact of the two recorded in North Queensland.
- All portable mining equipment was removed by Australian Armed Forces during WWII. In an tactical effort to deny the enemy of resources that could be used to advance them.

Batavia Goldfield is on the road to a few iconic attractions of Cape York.

It is on the main road out to Lockhart River, Portland Roads and Chilli beach.

Closest Town And Distance: Archer River Roadhouse - Approx 52km
What We Liked: The history of the area and all the remaining machinery that was left around to go discover.
What We Didn't Like: The limited shade in the main camping area.
Photos: